Carlos V. Mitchell January 28, 2022 Discovery museum Comments Off on Roman excavations and museum ‘would do for Roman York what Jorvik did for the Vikings’ 19 Views

A TWO-year archaeological dig in Rue Rougier and a new Eboracum museum could do for York’s Roman history what Jorvik did for the Vikings, says the head of the York Archaeological Trust.

Speaking as revamped plans for the ‘Roman quarter’ were submitted to town planners, trust chief executive David Jennings said the excavations and museum could ‘reignite enthusiasm for York’s Roman history “.

“If we want the people of York to preserve and care for their past, they need to know something about it,” he said. A Roman dig that members of the public could get involved in would achieve that goal, he said.

“Look at the evidence of what happened at the Coppergate excavations. It meant that people cherished their Viking past. We want to rekindle that enthusiasm for York’s Roman origins.”

Redesigned plans for the Roman Quarter have been lodged with council, nearly a year after town planners sensationally rejected the original proposals on the grounds that the proposed new 10-storey building on Rue Rougier was too tall and too “monolithic”.

The architects reworked the scheme, so that instead of one building, there are two. The design of buildings is also more “fluid”.

The mixed-use program includes an 88-room hotel residence and 153 new apartments. There would also be an additional 25,000 square feet of office space.

The Eboracum Roman Museum below the buildings is said to be more than twice the size of Jorvik.

What the interior of the new Roman museum could look like

Rougier Street Developments says the scheme would be a “major economic boost for York”, generating more than £315 million for the local economy over 30 years, as well as 625 new jobs.

Mr Jennings hopes it will be “a second chance” for this application – as was the case with Coppergate’s original proposals, which were only approved after being resubmitted.

However, not everyone shares his enthusiasm for the program.

Conservation champion Johnny Hayes, who successfully campaigned against English Heritage’s original proposals for a visitor center at Clifford’s Tower, admits the revised proposals are an improvement.

“But the building is still very tall and out of scale with York,” he said. “That would be very dominant.” 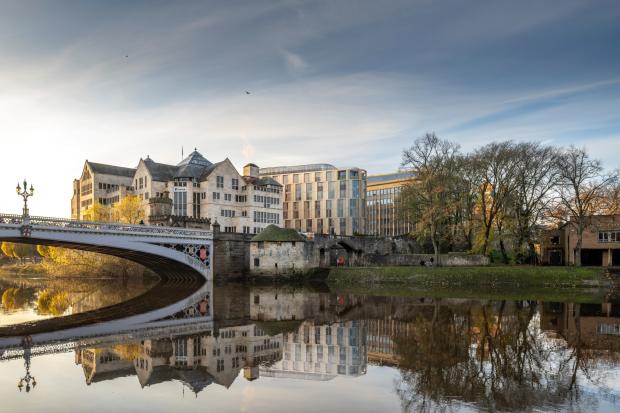 He added that the building could also damage any Roman archeology discovered. “If they (the archaeologists) find something of great value, they will pierce it with stakes,” he said.

Mt Jennings said archaeologists always had to balance conservation needs with those of discovery.

But less than two per cent of York’s Roman archeology has been excavated, he said. And there is evidence of a ‘fantastic sequence’ of archeology at the site, from York’s early military history through the centuries of the civilian town which was on the Rue Rougier side of the river.