Construction underway for the Flying Queens Museum at Plainview

The Shell Museum will present a lecture as part of an annual series | News, Sports, Jobs – SANIBEL-CAPTIVA

Art and science collide at the Mid-America Science Museum in the Alliance Rubber Co. Tinker studio, where Hayley Chronister works as an educator.

“The Tinkering Studio is a place of exploration,” Chronister said. “It’s a place where we encourage the process rather than the product. You just discover new materials that you may not have used before. It’s really about being creative and using your imagination. “

An art history graduate, she said she knew she wanted to work in a museum one day, but not as an educator.

She wanted to be “a museum professional,” she said. “It was probably the curator I was most concerned about. And then I thought about teaching.”

Since the summer of 2018, Chronister has been an educator at the museum, where she is able to impact young visitors by inspiring them to think creatively and realizing that learning can be fun.

“I’ve always loved going to museums and the Arkansas Art Center in Little Rock,” she said. “I have always been fascinated by art and I love art history because you are really interested in the meaning and importance of art.”

Chronister’s family moved to Hot Springs when she was in third grade, she said. Originally from Little Rock, she found her way back to the spa town after graduating from the University of Arkansas at Little Rock.

She used to visit the Mid-America Science Museum as a child, but never realized that was where her future would take her.

“Working here, I’ve learned so much, beyond anything I’ve even dreamed of,” she said. “Being able to teach kids the circuits or even things that I’ve learned. I’ve been in their shoes and now they can experience it.”

The Tinkering Studio has a different theme every month, which keeps Chronister on his toes when it comes to using his imagination. Part of his job is to think of new ways to integrate science and art.

July’s theme will be “The Web Telescope,” she said.

Chronister’s ability to think creatively has led her to become involved in numerous museum exhibitions, including a gallery exhibition featuring works by Longhua Xu, which she curated last summer.

Longhua Xu collaborated with her grandson, Han Xu, for the exhibition titled “From Pencils to Canvas.”

“Han would just take all of his drawings that we would scribble on the floor — and they’re really imaginative, something that’s not in real life, not in our world, from Han’s brain,” Chronister said.

“So Longhua would take these designs and recreate them on these massive canvases.

“When you study art, there are certain rules you have to follow, and it was different because it’s not like drawing figures or painting figures or painting a still life, whatever thing that you look right in front of you. It was something from the mind of a child and I think it reminds us of what it’s like to be a child.”

Another Chronister idea that came to life was the “Point of View” exhibit, which showcases the evolution of cameras. The exhibit includes donated vintage and modern cameras as well as a “selfie room”, where visitors can pose for photos.

“Just out of curiosity, I think that’s our main goal, for kids to question things around them and think for themselves,” she said. “For me personally, I think I would say (I want them to) appreciate the arts. And you can learn about science and art and other subjects in one place.”

Hayley Chronister demonstrates how to use a kaleidoscope in the Tinkering Studio. – Photo by Courtney Edwards of The Sentinel-Record 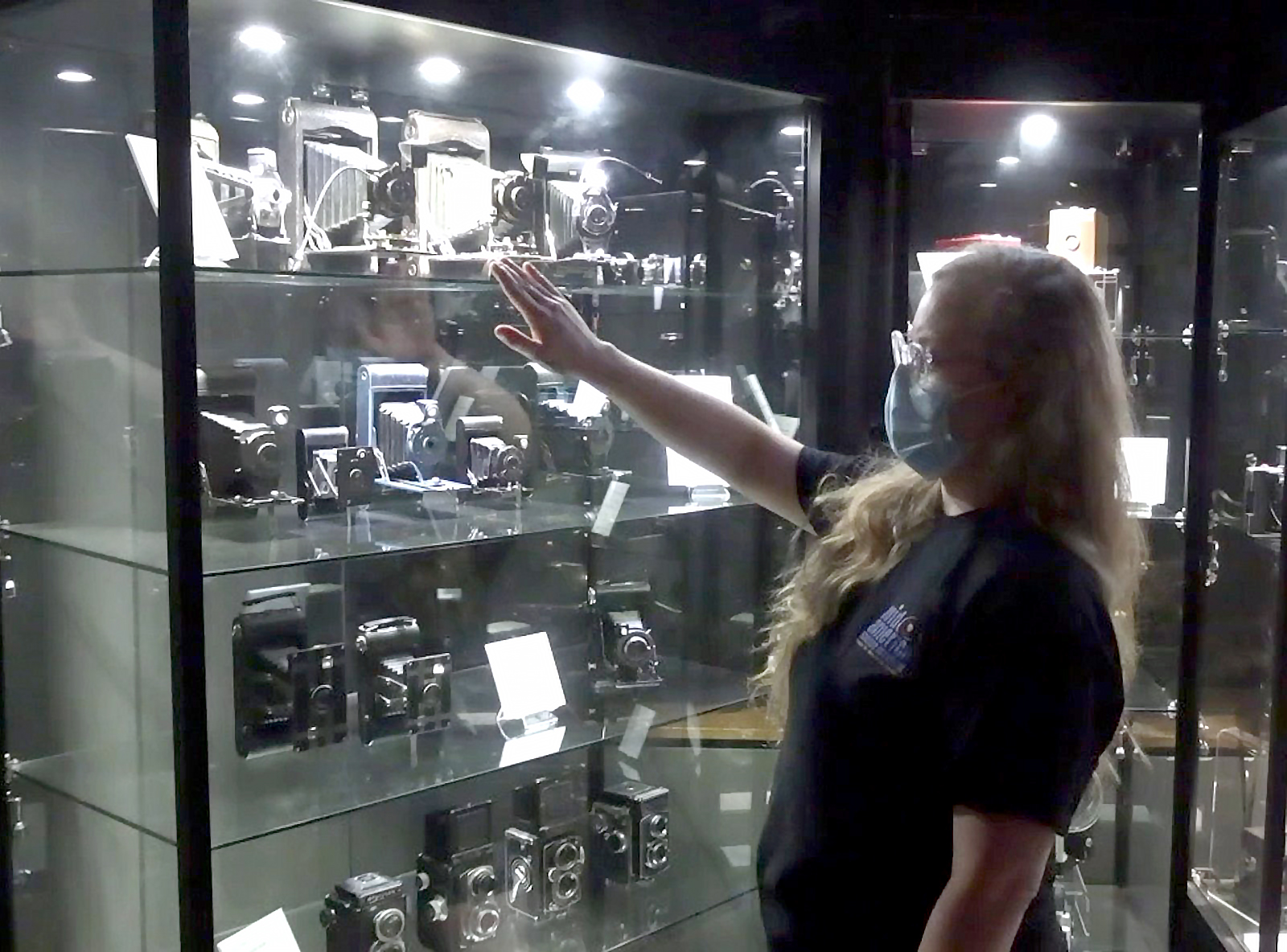 Hayley Chronister presents the exhibition “point of view”, which presents the evolution of cameras. – Photo by Courtney Edwards of The Sentinel-Record

Did you know that the oldest building in Alaska is in Kodiak? Or how about …